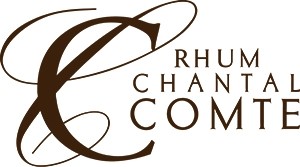 Cocoa, the other passion

HACIENDA ELEONOR is the adventure of a couple, Chantal and Pierre-Yves COMTE, who love Ecuador and who are fascinated with cocoa. They named their Hacienda after their first grand-daughter, Eleonor.

ECUADOR
Ecuador, perched on the Andes Cordillera, between the Amazon Rainforest and the Pacific Ocean, bordered by its large neighbours, Colombia to the North and Peru in the South, is one of the smallest countries of South America. But this small country has received its share of a great variety of magnificent landscapes which include snow-capped peaks, tropical forests, the highest volcanoes, wild rivers, the incredible richness of its biodiversity and the warmth of friendly and charming people. They are descendants of the Incas and those who came before them, leaving many traces of the richness of the pre-Colombian civilisations.

Here, below the Equator, the moon looks like a horizontal boat. It is an element of Pachamama, Mother Earth, the nourishing goddess whose presence is venerated here.

It is not the latitude (0°) that determines the climate here, but rather the altitude: from the sunny beaches on the coast, to the eternal snows of the volcanoes of the Cordillera, and the immensity of the Amazon Rainforest, all climates coexist.

OUR LOGO
Starting in 1492, with the discovery of America, the conquistadors began to come to South America as did the Jesuits to evangelise the Natives: this led to the development of colonial Baroque art, which combined the sumptuous of Spanish art and the very moving naivety of these artisans, trained by the Spanish conquerors in religious art.

Our logo for Hacienda Eleonor takes the wings of this Baroque colonial angel, with a simplified shape like a breast plate, and evokes our dynamism, symbolised by the flight of the angel!

The logo of Eko Kakao, our importing and distribution company, shows a hummingbird. These are typical of the equatorial Amazon forest, the lungs of the earth that must be preserved at all cost. We take part in this, on our scale, with the hundred hectares of virgin rainforest on the estate and its plantations of hundreds of thousands of trees.

CACAO
While the word "chocolate" comes from Mexico where the Aztecs called it "chocolatl," the cocoa tree itself comes from the High Equatorial Amazon Forest (1000 m altitude).

An international team of archaeologists, anthropologists, biochemists and geneticists has just discovered, for the first time, archaeological traces of cocoa beans dating from 5300 years ago (3300 B.C.) found in ancient Equatorial Amazon ceramics. This is the oldest use of cocoa attested thus far. It precedes by 1500 years the dissemination of cocoa by the Olmecs and Mayans in Central America.

This evidence was found in the South of Equatorial Amazonia, at the Santa Ana-La Florida (SALF) archaeological site located in Palanda and uncovered 16 years ago by the archaeologist Francisco Valdes and his French-Ecuadorian team (IRD/INPC).

The "Mayo Chinchipe", who constitute the oldest Amerindian civilisation of Upper Amazonia discovered thus far, have used cocoa continually since that time. Remnants of houses and a ceremonial site are found there. (Sources Cirad).

These findings were just published on the website of the American journal "Nature Ecology & Evolution".

The cocoa tree, which is endemic to the equatorial forests in the Amazon basin, was discovered by the Indians more than 5000 years ago. They gradually acclimated it, cultivated it and spread it throughout the country and beyond. It was in Mexico that the Conquistadors discovered it in turn and then popularised it so that it was adopted at the court of the King of Spain and then of Louis XIII, through his marriage to the Infanta of Spain, Anne of Austria.

Its passage through all of the courts of Europe and especially Versailles made cocoa the fashionable drink of the entire aristocracy.

Cocoa, which came from the Upper Amazon, travelled down to the coast by the Guayas River and was called the Cacao de Arriba (cocoa from above), Fino de Aroma or Cacao Nacional. It was the cocoa of the oldest origins which was drunk by people.

At the beginning of the 20th century, Ecuador was the number one world producer of this "Fino de Aroma" variety.

But diseases, economic crises, and competition from African countries all led to the decline of this production and the producers turned towards a hybrid which was more productive and less sensitive to plant disease: CCN 51.

Pierre-Yves Comte made the rigorous choice to plant only the origin cocoa, i.e. the "Cacao nacional, Fino de Aroma" at the Hacienda Eleonor, in the province of Esmeraldas.

THE HACIENDA ELEONOR
Pierre-Yves COMTE, arboriculturist in the Rhône Valley for forty years now, developed this passion for Ecuador and for cocoa in 1990. He studied it for a long time before deciding to invest, with his wife Chantal, in 2015 in an estate in the region of Esmeraldas, the land of choice for cocoa.

The land of Esmeraldas is known for being particularly favourable for the cultivation of cocoa, which has been confirmed by the gourmet columnist for the British magazine, "The Economist" as being the place of production of the "Best cocoa in the world."

In an exceptional wild landscape, "The Hacienda Eleonor" covers 350 hectares of former pastures and virgin forest which Chantal and Pierre-Yves Comte, the owners, have preserved with the greatest respect of its biodiversity.

The former pastures were planted with cocoa and the slopes of the hills with teak and other types of fine wood (mahogany, rosewood, Seibu, etc.).

The estate offers the major advantage of a 34-hectare natural lake which allows for irrigation of the cocoa plantation, thereby regulating the climate fluctuations and welcoming numerous bird species which contribute to the biodiversity of the estate.

The estate is managed by the engineer Jose Vicente Burneo, assisted by an agricultural technician, a specialist of agroforestry, Manuel Bonifaz.

It has been certified for organic agriculture since 2019 by the German certifying organisation KIWA BCS.

The personnel includes five agricultural workers who live on site in individual houses with their families. No children are employed in the Hacienda.

Hacienda Eleonor works in close collaboration with experts of Cirad (Montpellier) and Doctor Philippe Bastide (Ph.D. in Biology) who acts as a consultan.

The cocoa pods are harvested by hand when they are mature and brought directly to our fermenting and drying station, located on the estate itself, which guarantees freshness and quality.

After 5 days of fermentation in wooden cases and drying in the open air, the beans are put into jute sacks to be exported to France, where they are stored in the fruit packing station of Nîmes, at the Domaine du Château de la Tuilerie, family estate of Chantal and Pierre-Yves Comte.

Chantal Comte is also passionate about this new activity, to which she brings her talent as a taster, honed through her thirty-five years of experience in wine (she was the wine grower of Château de la Tuilerie), while over the same period of time she also worked in selecting rare rums from the West Indies in her Atelier du Rhum in Nîmes.

She is also in charge of the Eko Kakao and Hacienda Eleonor communications.

Based in our warehouses in Nîmes, our company EKO KAKAO imports, stores, distributes and markets the production of our Hacienda Eleonor.